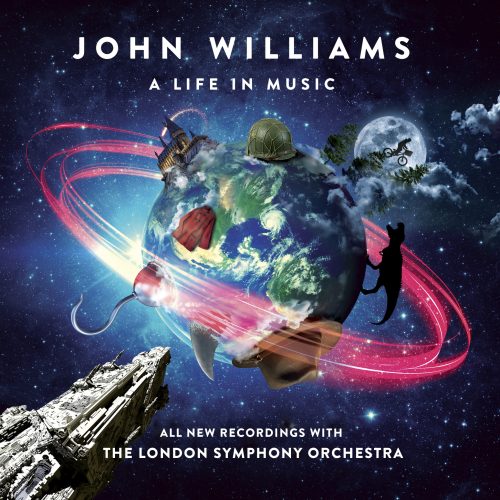 On May 4, Decca released John Williams: A Life In Music, a new album featuring new recordings of classic Williams scores performed by the London Symphony Orchestra, and including a world premiere recording of the Theme from Schindler’s List for cello.

Recorded by an 86-piece orchestra, the collection was conducted by Gavin Greenaway at London’s Air Studios. The 10-track album features Hedwig’s Theme from Harry Potter and the Sorcerer’s Time, performed by the LSO for the very first time.

The album will be released on vinyl on October 5

Congrats to the iconic film composer #JohnWilliams for making chart history with ‘A Life in Music’! The @ClassicFM album with @londonsymphony is in the Top 20 of the Official UK Album Chart & is No.1 on the UK Classical Chart 🎼 pic.twitter.com/QvFbeYmedL

Order ‘John Williams: A Life in Music on Amazon.com

← L.A. Times: “John Williams is a Rock Star”
Williams Donates All His Scores to Juilliard →