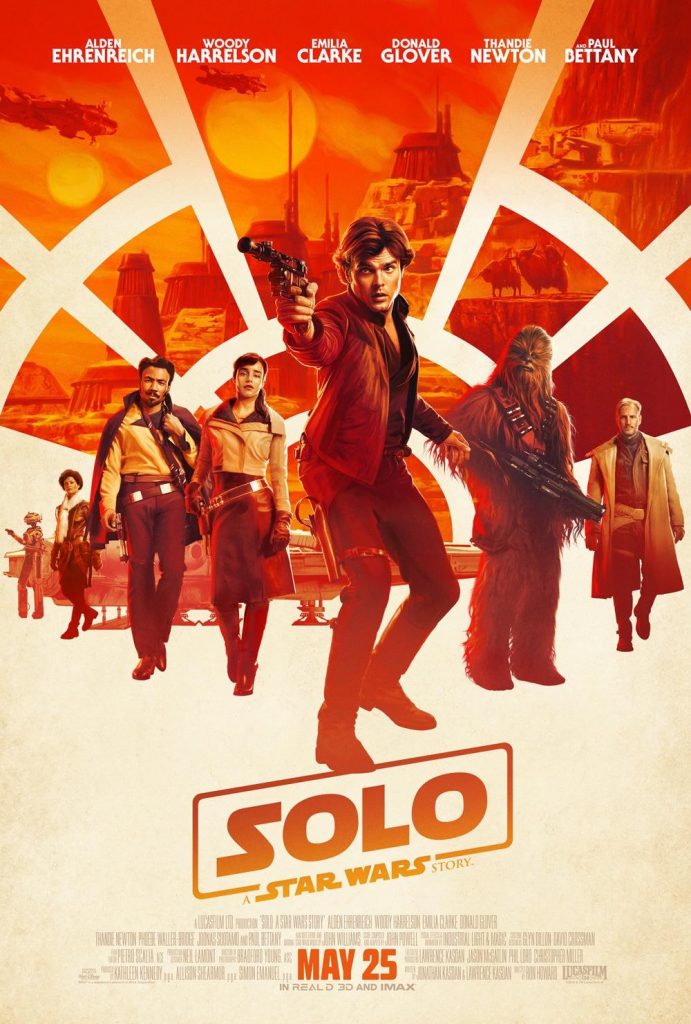 In addition to John Williams’ new, original theme for the title character, composer John Powell has adapted some of Williams’ existing Star Wars motifs in his score for Solo: A Star Wars Story. Here’s how both composers are officially credited in the movie’s new poster:

The original soundtrack album for Solo: A Star Wars Story is now available for pre-order at Amazon.com

The film’s score is currently being mixed at Skywalker Sound, according to a tweet from director Ron Howard:

← John Williams Eager to Reunite with Cleveland Orchestra, Conduct at Severance Hall (Preview)
‘John Williams Award’ to be Presented to the Maestro on May 9 →