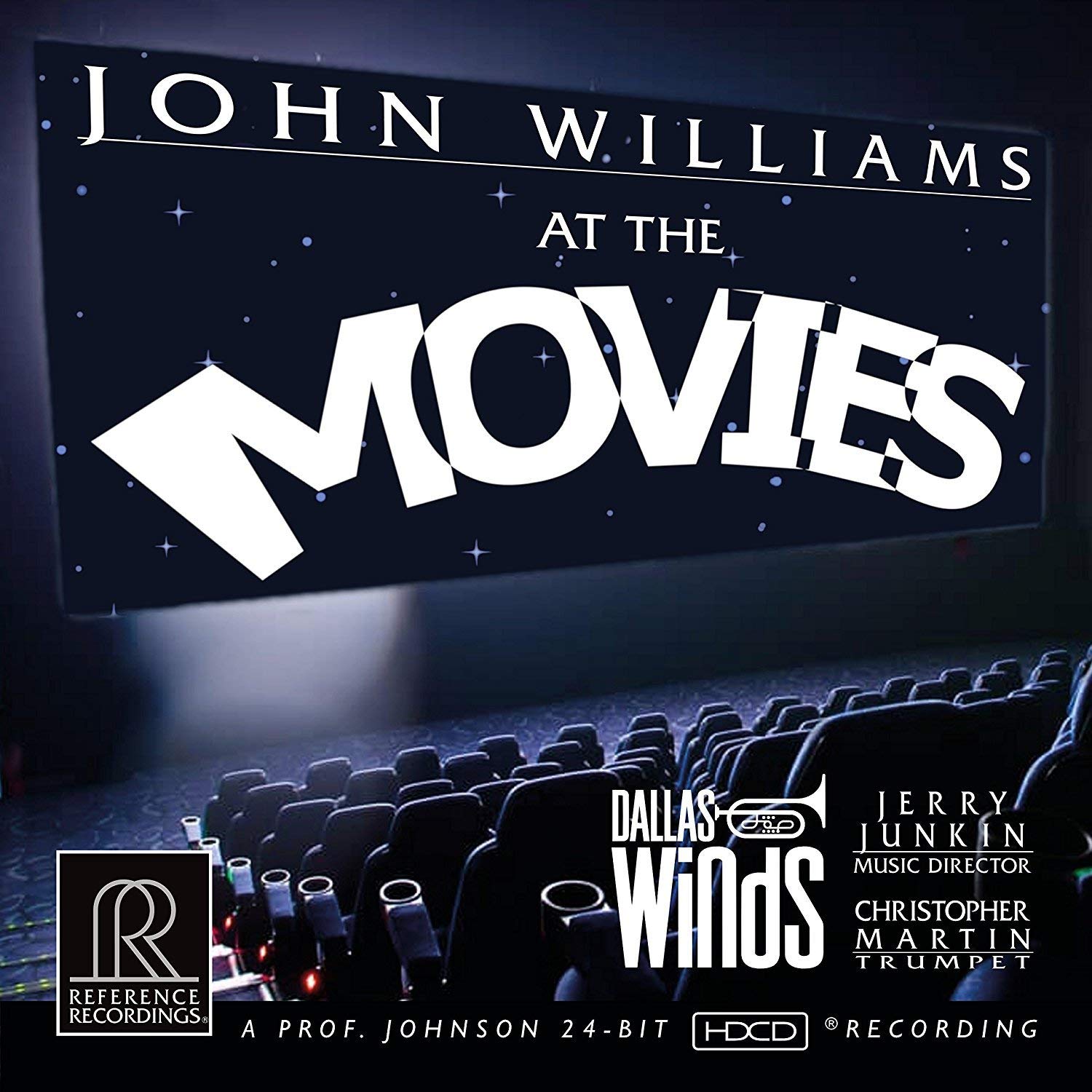 Brilliant performances by the Dallas Winds, have been captured in spectacular audiophile sound by Reference Recordings’ own award­-winning engineering team: Keith O. Johnson and Sean Royce Martin. John Williams At The Movies features soloist Christopher Martin, principal trumpet of the New York Philharmonic. The recording was made in Dallas Texas, in the Morton H. Meyerson Symphony Center, one of the world’s greatest concert halls, and the site of an annual Dallas Winds concert featuring the film music of John Williams.

John Williams At The Movies is our first wind band recording to be released as a hybrid SACD. The disc contains stereo SACD, 5.1 Surround SACD and a stereo compact disc layer encoded with HDCD, and is simultaneously being released as high resolution and standard resolution digital downloads and streams. A two-­LP set will be released later in 2018. This is our 18th album with The Dallas Winds, and is a project of which we are extremely proud, that was years in the making.