John Williams has written a new ‘Prelude’ for his Scherzo for Piano and Orchestra, a concert piece first performed in 2014, as announced by pianist Gloria Cheng, who will premiere the new Prelude with the Albany Symphony ‘next season’. 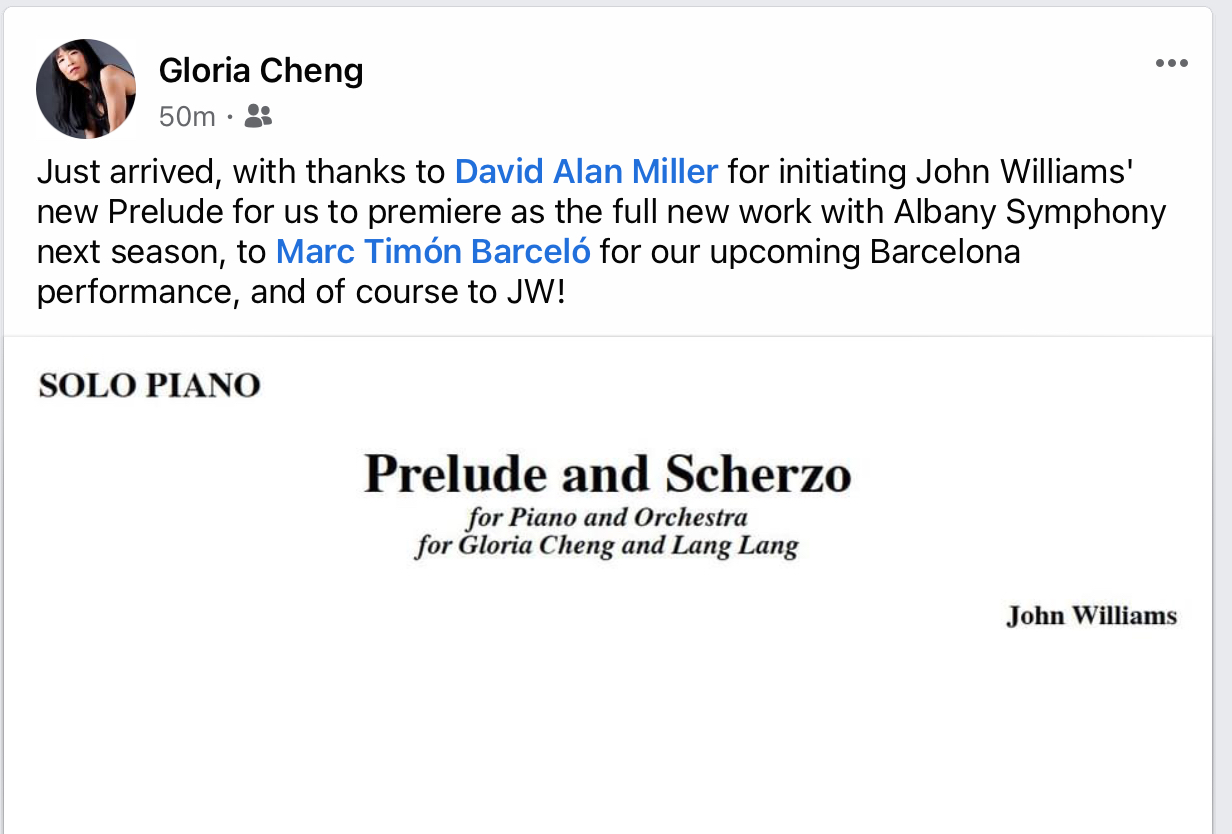