JW looked spry and anticipating the orchestra and music rather than following. (I last saw him in Chicago and Boston about 3 years ago and he looked fatigued/distracted.) Typical recent concert fare. Three encores. The highlight of the evening was the ‘84 (?) Olympic theme set to recent highlights of winter and summer games. This was truly phenomenal video editing and synchronization. The audience loved it. I would love to see it released.

It was a marvelous performance!! 10/10 would definitely do again. After he finished his set he walked away 3 times before returning each time to an encore. Just seeing him on stage was magical. At one point he roasted BFG. He was talking about how he was going to perform a piece from it and he goes “it was a movie not a lot of people went to see” and everyone laughed. At one point my wife, upon seeing him walk around as he does, goes “he’s a cute old man” haha. At the end Newman brought him a lightsaber and he practiced his golf swing with it. The entire night was a blast and I’d love to do it again!

A wonderful experience of a lifetime it was for me. Still processing it, can’t quite believe it. I saw John Williams at the Hollywood Bowl!

I love how in tune the orchestra was with JW on selections like Olympic Fanfare and The BFG.

It’s like, David Newman is a very competent conductor, and the orchestra sounded great under his baton (especially Sabrina, which is a lovely score to hear live), but when John got warmed up, it was just electric. There were moments where you felt he was getting exactly what he wanted, just the right balance during the high points of the Olympic Fanfare, clarity in the rapid intricate wind passages in The BFG (it was astonishing to see how vigorous he got at that point), and the rousing and precise end to Adventures of Han.

I love how he seemed to want the audience to really like BFG, he appears proud of the work.

Of course the encores were incredible. The music itself was very familiar, but the way he drew on the crowd’s excitement and love and infused that energy into the orchestra was just thrilling to be part of.

I was at the Sunday concert and it was a lot of fun. Of course, since I have finished my podcast, I knew there would be no new film music for me to hear, but that was fine. The Overture to the Oscars was new, I think? I have to look it up, but it sounded like the music that opened the 2002 Oscars when he was co-musical director.

I enjoyed seeing JW looking so lively at 89 years old. I spoke with a woman after the show, and after I told her John Williams was five months away from turning 90, she said, “He looked like he was in his 70s!”

But the highlight of the show was meeting Eduardo Victoria, who was a cohost on my podcast for the “War of the Worlds” episode. It was the first time meeting one of my cohosts in person, and we had a wonderful pre-show conversation. 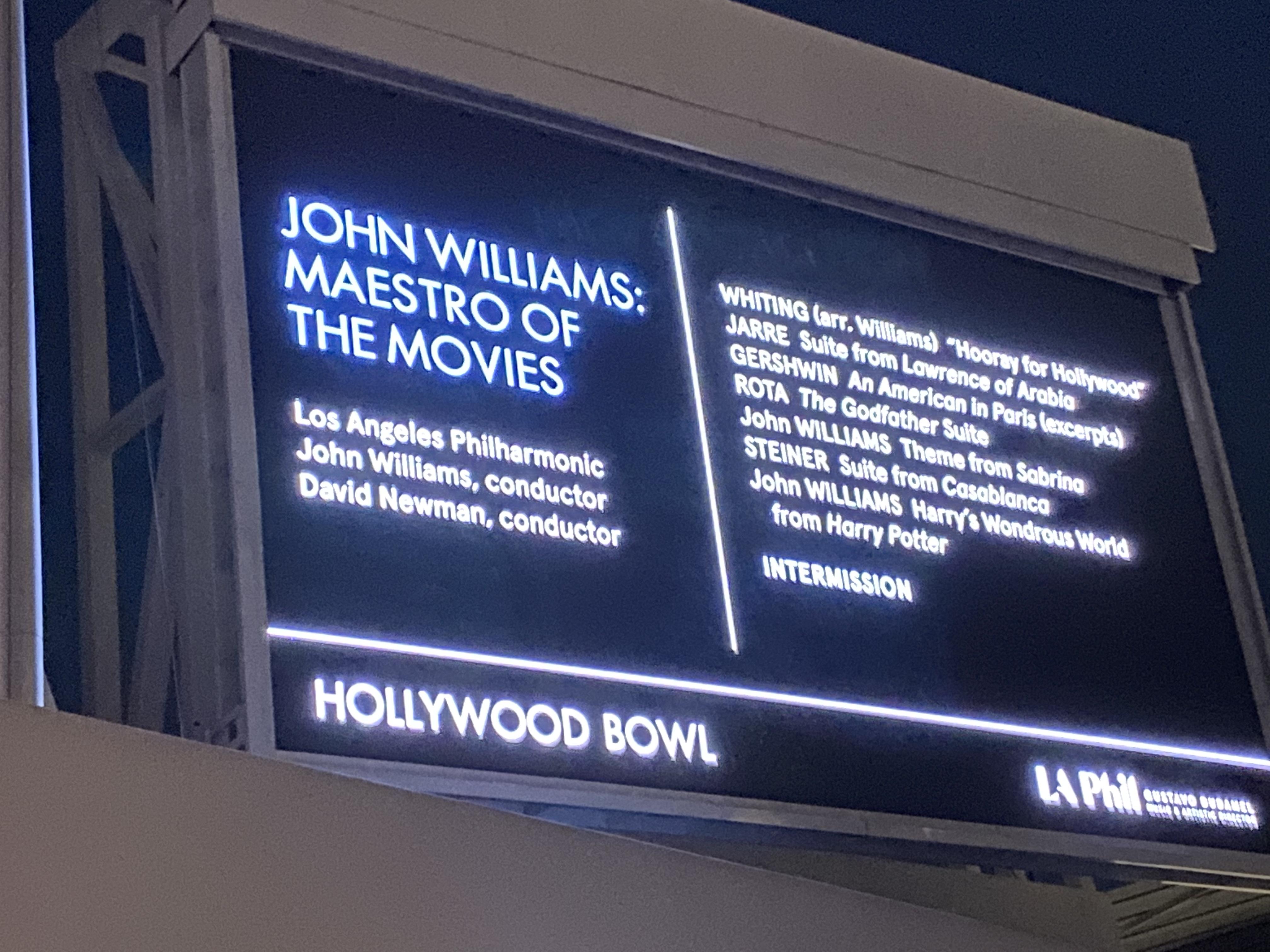 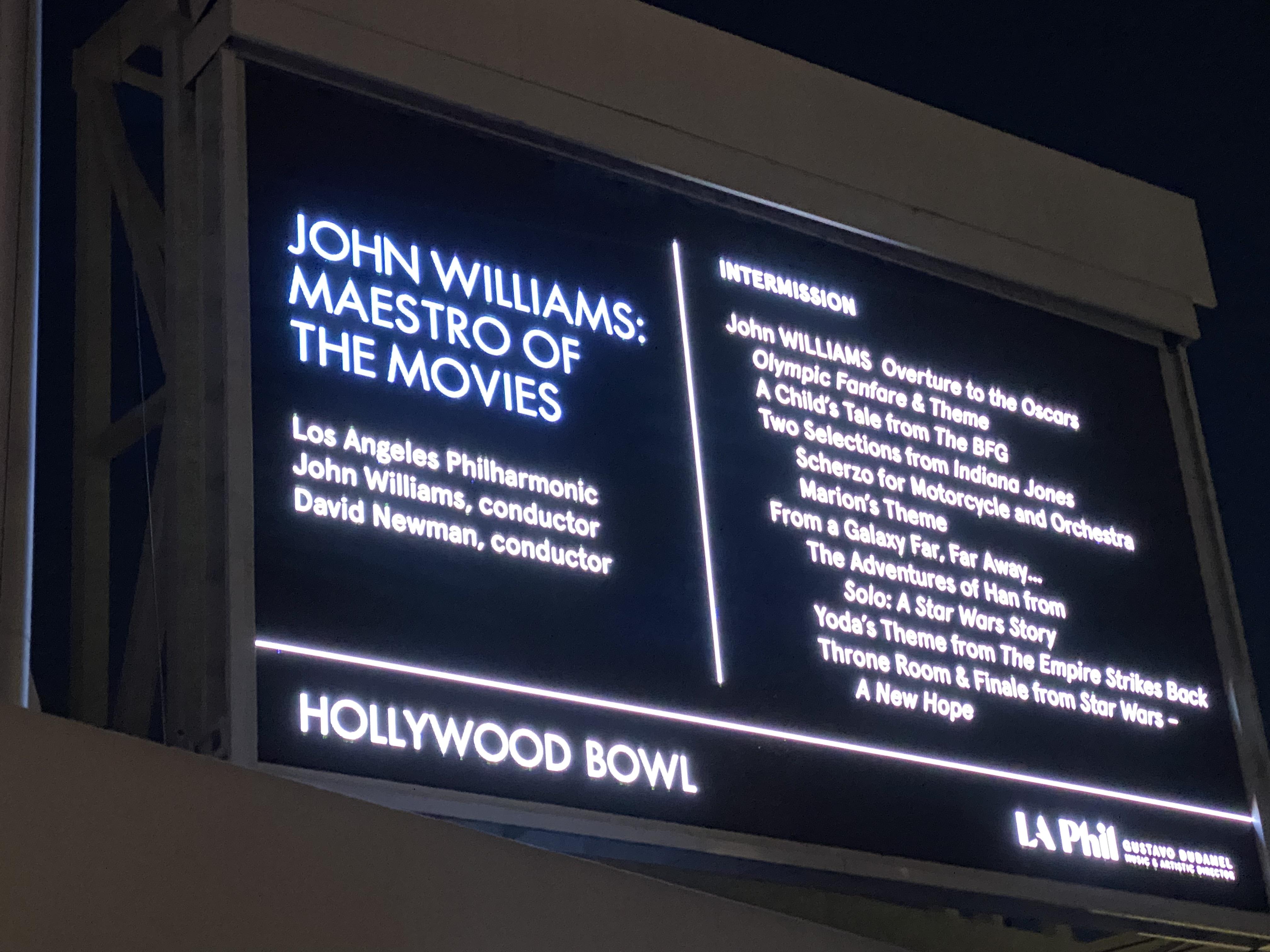 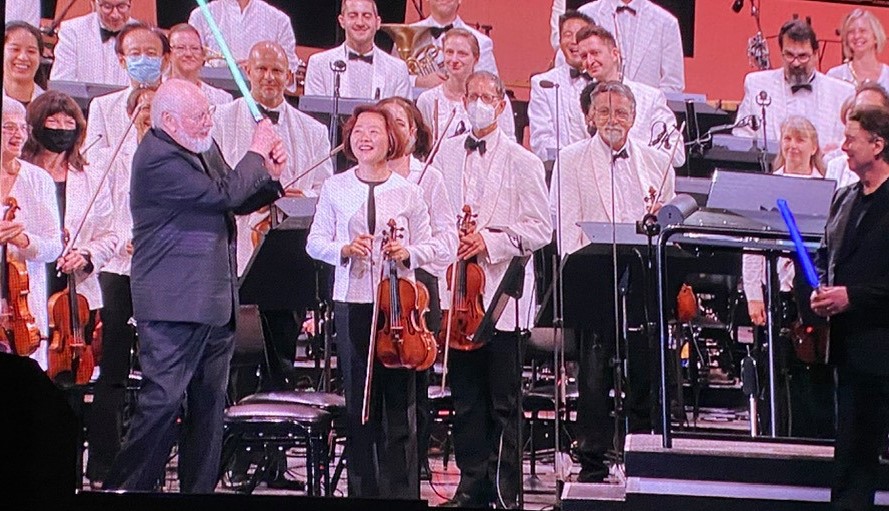 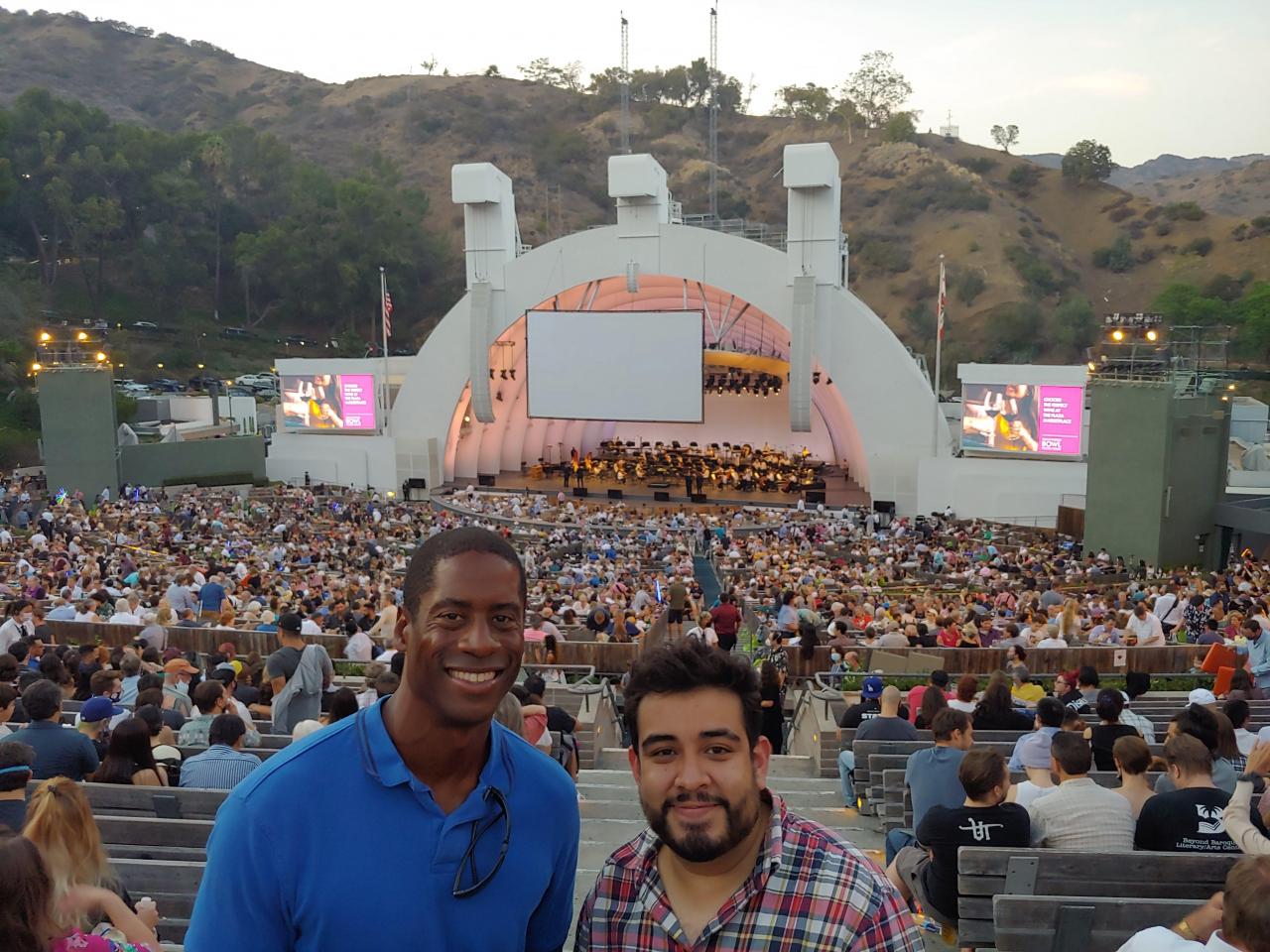 ← Analysis: ‘John Williams and His Music for E.T. The Extra-Terrestrial’
Williams to Conduct Lynn Harrell Tribute →