Imaging composers’ inspirations is risky business. But at least on first hearing this new concerto seems very much a work for our times, shifting restlessly among dreamy, untethered musings for the violin, anxious jitters and angry orchestral outbursts. An important harp part tries to soothe anxieties; strings sometimes conjure up hushed, disembodied clouds of support.

The four-movement structure is hardly evident as such, but Williams is a master of sonic drama and orchestral nuance. There’s much of interest here, with complex and often dissonant harmonies and rhythmic ambiguities. At 35 minutes’ duration, does it coalesce into a convincing whole? Would it be better with some tightening? Those questions did occur.

But it’s hard to imagine a more committed performance than we heard Saturday night. From those out-of-body musings to jagged double-stops in several cadenzas, Mutter displayed awesome technical command. Her generous tone had just the right bit of grain when it counted. With unfailingly clear and expressive direction from Luisi, the orchestra served up every twist and turn, every nuance, with assurance. Principal harpist Emily Levin lent quiet comfort.

There was quite a surprise after the concerto when the 89-year-old Williams appeared onstage to share in the applause. He then mounted the podium and led Mutter and the orchestra in “Nice To Be Around,” from his score for the 1973 movie Cinderella Liberty. It was a touching end to a memorable evening.

Interview: Anne-Sophie Mutter on John Williams and his ‘Violin Concerto No. 2’

According to a Twitter post by Doug Adams, Williams recorded the Violin Concerto No. 2 later that week:

This is being recorded later this week. Best wishes (and good luck) to the timpanist! #AnyGuesses? pic.twitter.com/u1bSCwjCvm 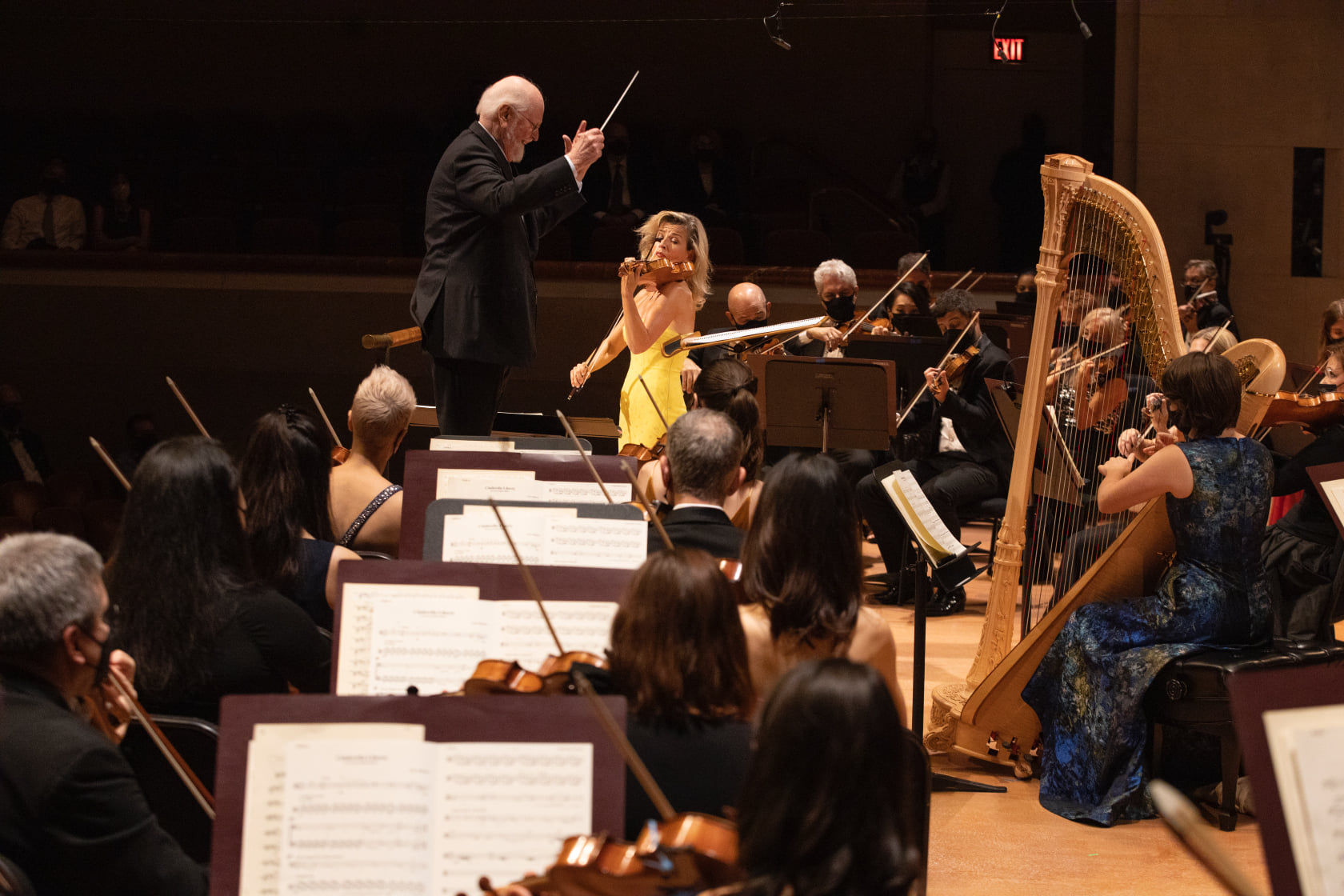 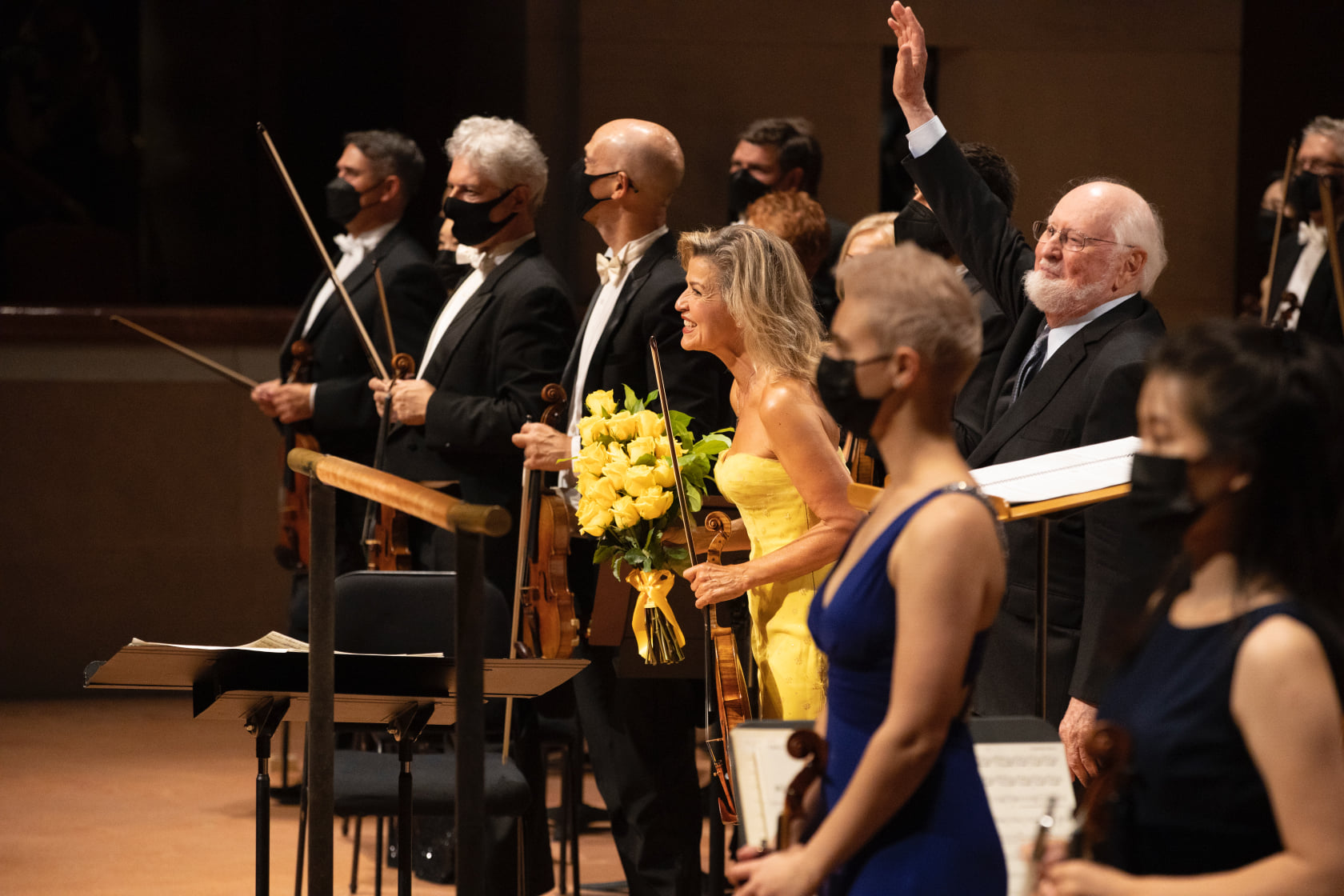