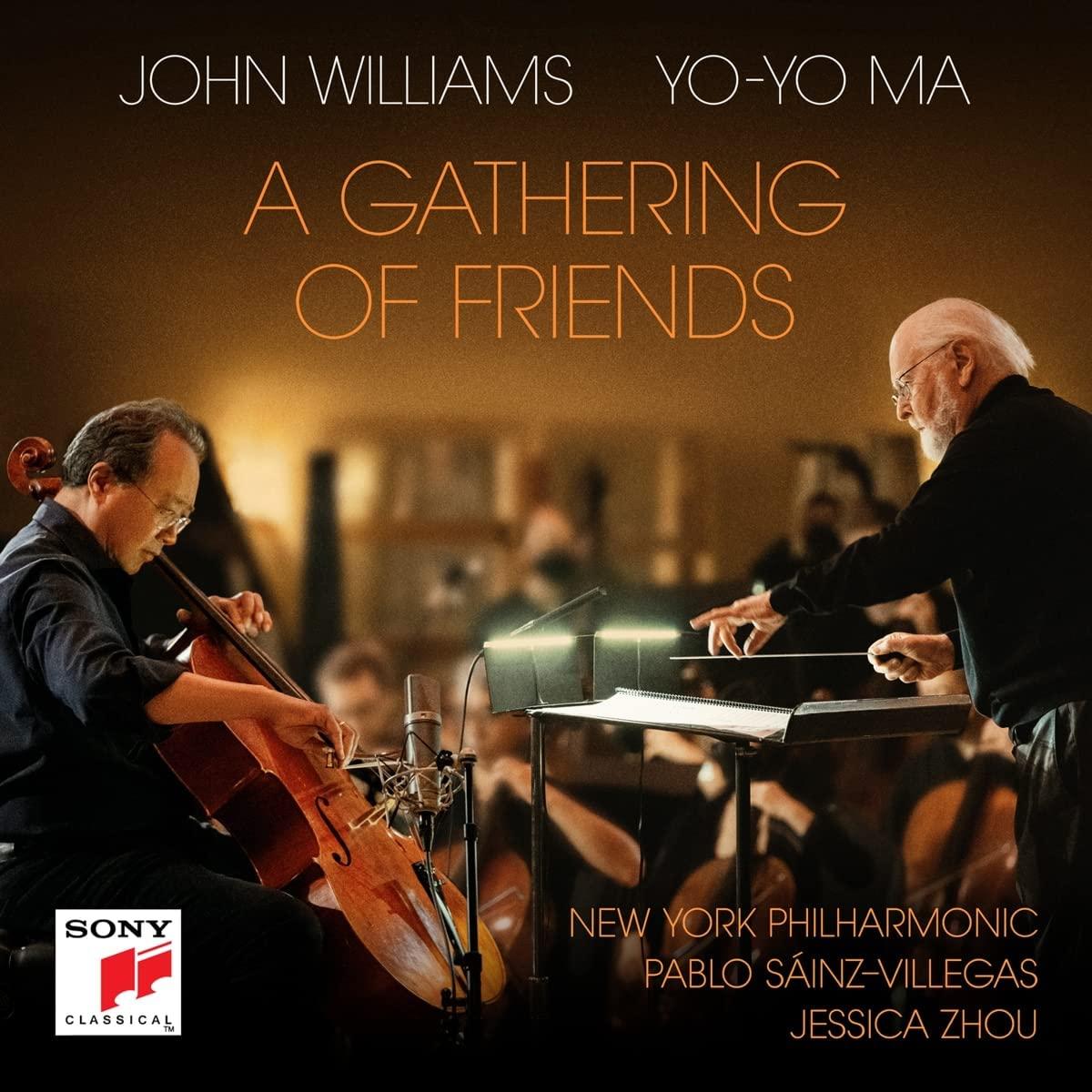 JOHN WILLIAMS & YO-YO MA REUNITE ON UPCOMING ALBUM, A GATHERING OF FRIENDS, WITH THE NEW YORK PHILHARMONIC – AVAILABLE MAY 20, 2022

NEW YORK, April 1, 2022 /PRNewswire/ — John Williams and Yo-Yo Ma renew their celebrated, decades-long collaboration and friendship with A Gathering of Friends, an all-new recording from Sony Classical set for release on May 20, 2022 and available now for preorder. The album is comprised of two acclaimed concert works the composer wrote for the cellist, plus selections from his film scores for Schindler’s List, Lincoln, and Munich. Featuring Williams himself conducting the New York Philharmonic, A Gathering of Friends also includes special appearances by the Spanish guitarist Pablo Sáinz-Villegas and harpist Jessica Zhou. Accompanying today’s album announcement is the first track release, Theme from Schindler’s List along with a visualizer featuring John Williams and Yo-Yo Ma discussing the poignant theme.

John Williams and Yo-Yo Ma first met some four decades ago, when the Oscar-winning composer became conductor of the Boston Pops Orchestra and Ma was just beginning his remarkable solo career. Their creative collaboration has extended from the concert hall to the scoring stage to the 2008 inauguration of President Barack Obama, all anchored by an abiding personal connection and mutual regard. From their first encounters, each recognized in the other an understanding that, as Williams simply puts it, “music is our oxygen.”

The centerpiece of A Gathering of Friends is the first recording of Williams’ newly revised version of his Cello Concerto, a work composed for Ma in 1994 and originally recorded for Sony Classical in 2001. As the four-movement concerto was performed over the last three decades, Williams made significant revisions to the score. Ma noted that the new version incorporates even “bigger changes, structural changes,” with a final movement that turns into “one glorious song, spinning and spinning, spinning to the very end.”

Also heard on A Gathering of Friends are new arrangements Williams created for Ma of three selections from his Oscar-winning score for Schindler’s List and a new arrangement for cello and strings of “With Malice Toward None” from his score for the 2012 film Lincoln. The album concludes with a duo arrangement for Ma and guitarist Pablo Sáinz-Villegas of “Prayer for Peace” from the 2005 film Munich. All three film scores are part of Williams’ enduring partnership with director Steven Spielberg.

The other concert work on A Gathering of Friends – Highwood’s Ghost – reaffirms the Williams-Ma friendship in the context of the Tanglewood Music Festival and in the spirit of the legendary composer/conductor Leonard Bernstein. Williams composed the work to celebrate the Bernstein centennial at Tanglewood in the summer of 2018, evoking the legend of a ghost said to haunt the Highwood Manor House on the Tanglewood grounds – a ghost that Bernstein memorably encountered. Williams wrote haunting solo roles for Ma and the Boston Symphony Orchestra’s principal harp, Jessica Zhou, who reunite for this recording with the New York Philharmonic.