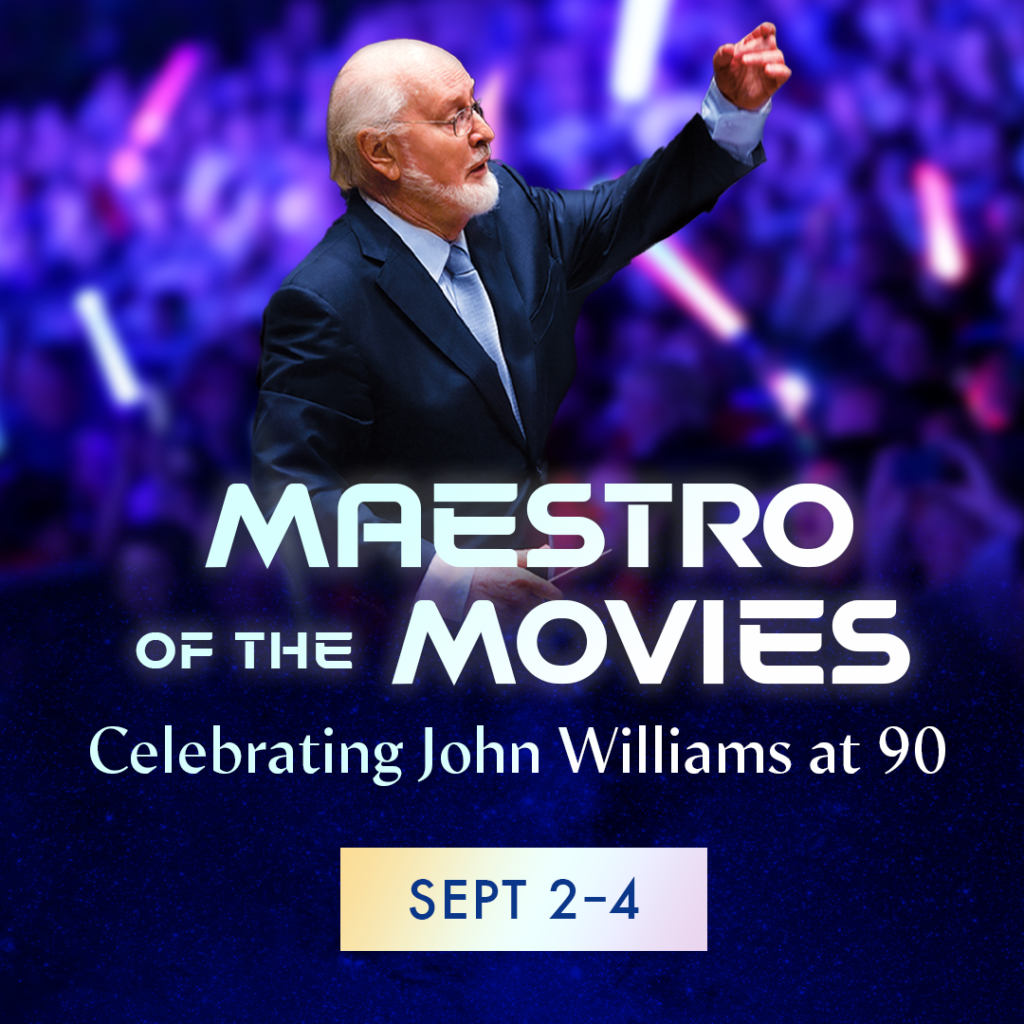 Congratulations to our contest winner Rebecca Freeman! She and a friend will attend the Sunday, September 4th concert at the Hollywood Bowl, where John Williams and David Newman will conduct the LA Phil in selections from Jaws, Star Wars, Harry Potter, Indiana Jones and more. Full coverage of the three performances available at www.jwfan.com and www.jwfan.com/forums starting September 2nd.
—

JWFan has partnered with the LA Philharmonic and Allied Marketing to give away two tickets to see the “Maestro of the Movies: Celebrating John Williams at 90” concert with at the Hollywood Bowl on Sunday, September 4th, 2022!

ENTER TO WIN! Tag a friend you’d bring with you in the comments for a chance to win a pair of tickets to Maestro of the Movies at the Hollywood Bowl on September 4th! This annual event celebrates John Williams, Hollywood’s most influential composer, at 90. Don’t miss the chance to hear the scores of blockbusters such as Jaws, Star Wars, Harry Potter, and Indiana Jones performed live by the LA Phil. We’ll pick a winner on Thursday, August 25th, 2022!

More About The Show:
Maestro of the Movies: Celebrating John Williams at 90 (September 2 -4)
You know a John Williams score the moment you hear it—and if you’re a fan of blockbusters, you’ve heard quite a few. Jaws, Star Wars, Harry Potter, Indiana Jones: He scored them all and so many more. On three nights at the Bowl, the LA Phil will perform some of his biggest movie hits, including selections performed with film clips.