A report by Dan Szwarc:

I was unable to attend the actual concert because tickets were sold out, but a friend who plays the oboe in the DSO was able to get me into theopen rehearsal the day before. It was free.
There were a few dozen people in attendance. Even though I was told that he would not be signing anything, not allowing pictures, coming out, and immediately leaving, I was able to get something to remember the day by.

The rehearsal sounded just like a regular concert. As Ray Barnsbury noted, the DSO sounded perfect on The Cowboys, just like the recording. They sounded excellent for all the other cues, too. What was interesting was how John would stop them, have them repeat a measure, make comments, and do it over, sometimes 3 or 4 times. They did the opening to Close Encounters at least three times.

Seeing him interact with the orchestra was great.  He wasn’t just conducting them, he was working with them. An interesting part of the rehearsal was when someone asked if they were going to play the Star Wars Main Title and John replied, “Nah. Let’s be spontaneous on that one.” I guess he is tired to playing it all the time.

I managed to snap a few pics with my iPhone during and after the concert. I didn’t get a picture with him, but I did get to shake his hand on his way out. My friend got him to sign my Star Wars Anthology booklet which I have attached as a pic along with a few others. Enjoy! 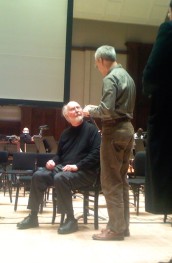 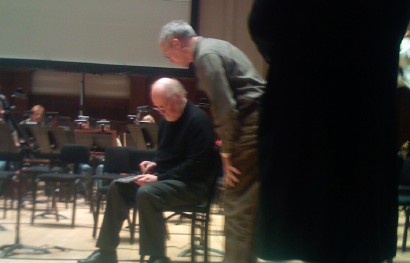 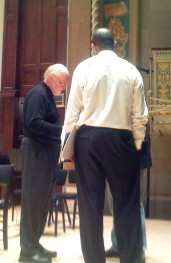