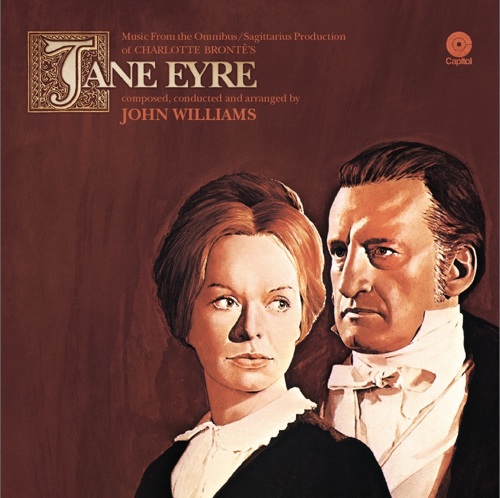 La La Land Records and Capitol Records are proud to reissue one of John Williams greatest scores, JANE EYRE, from the 1971 film starring George C Scott and Susannah York. For this CD reissue engineer Doug Schwartz worked from the ¼” 2 track stereo album masters from the Capitol EMI vault. The stunning 24 page booklet by Jim Titus features in depth liner notes by Williams historian Jeff Eldridge as well as reprints the notes from the original LP package. Sadly the complete recorded score has been lost to the ages and all that has survived is the LP masters. The tracks are identical to previous releases, but the sound has been greatly improved and Jim’s packaging is worth the price alone! While not the “definitive edition” we had hoped for, this release sure packs a wallop! If you never owned this score now is the time to pick it up!

This title goes on sale next Tuesday, May 22 at 1 pm at www.lalalandrecords.com and other fine online stores.