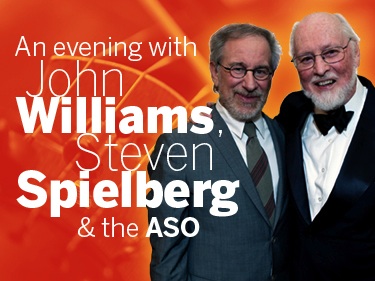 Wednesday, October 24, 2012, 8:00 p.m.: Academy Award-winning composer John Williams and Academy Award-winning director and producer Steven Spielberg will join the Atlanta Symphony Orchestra for “An Evening with John Williams, Steven Spielberg and the Atlanta Symphony Orchestra.” Mr. Williams will guest conduct the Orchestra in a selection of his most popular original film compositions while movie clips are shown on a giant screen and Mr. Spielberg will host the concert. The proceeds from this performance will benefit the Orchestra and its education and community engagement programs. – Source: Broadwayworld.com – More details at AtlantaSymphony.org