UPDATE: Listen to the Full Show at PublicRadio.org 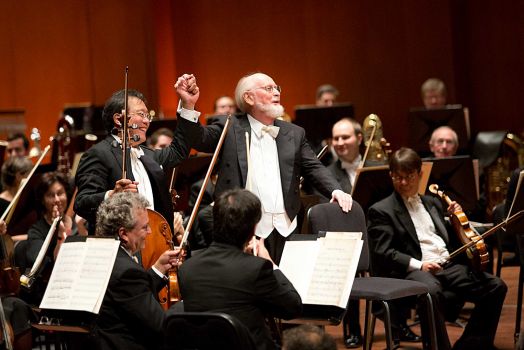 Williams, who conducted Thursday, was genial but self-effacing, Ma the ebullient one – waving to the audience with his first step onstage, smiling broadly, quickly giving a thumbs-up to audience members seated behind the orchestra. When they got down to work, Ma cut a more animated figure sitting behind his cello than Williams did standing at the podium. – Full review at the Houston Chronicle (includes pictures)