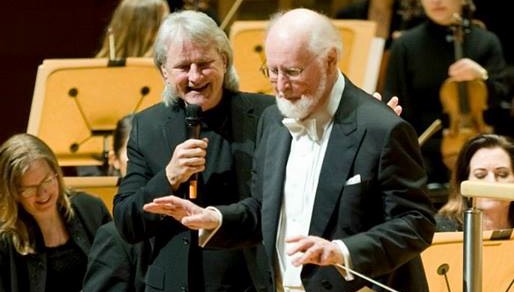 Disney Examiner – We had the unbelievable privilege of being in the audience as it all played out yesterday in the beautiful Renée and Henry Segerstrom Concert Hall and let us be the first ones to tell you that the night was way more than any of us could imagine…but imagine if you will with us! The magic of a live symphonic music playing the tunes of some of the most well-known music in the world conducted by the talented man who wrote it all. – Full report

The Orange County Register – John Williams conquered Segerstrom Concert Hall on Thursday night by stepping on stage, a standing ovation his reward for doing so, before a note had been played. The auditorium was packed, including the choral terrace behind the orchestra. Tickets had sold fast; the Pacific Symphony, the orchestra for the evening, had stopped marketing the event long ago. – Full review (subscribers only)