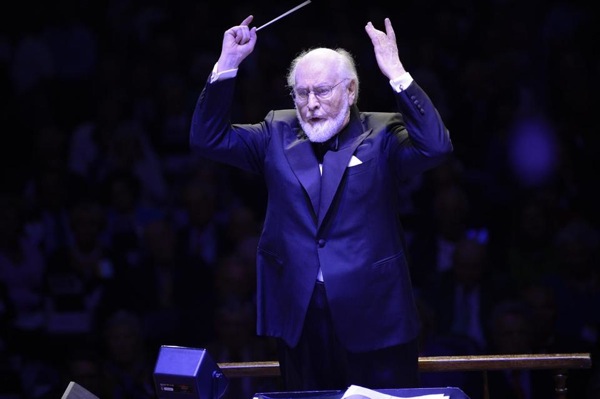 LISTEN TO THE FULL CONCERT:

Into the hall we went, and I was placed right in front of the stage. Great closeness (only 3-4 meters from the podium), but too much to the side so I had to turn my head 90 degrees to see Williams (partly obscured by a cellist). Next time, I want the same closeness, but more in the middle. But it was fantastic to see the man up-close – all his gestures, facial expressions etc. Something I didn’t experience at the Hollywood Bowl two years ago, where I was seated, like, 50 kilometers away. The fact that there were two other strangers sitting at my table didn’t mean anything. They were nice to talk to, and we mostly focused on the music anyway.

The highlight for me was hearing Williams perform the JURASSIC PARK theme – my all-time favourite score. The combination of that, and the closeness to the man himself almost made me tear up a bit. All the other selections were brilliant and have been covered by others already. “Cadillac of the Skies” from EMPIRE OF THE SUN reminded me again how gorgeous that score is, especially when it taps into elements of the ‘religious sound’. I couldn’t hear the choir very well from my position, but it was a nice colouring to the orchestral palette. That goes for the other choral pieces too.

I wasn’t particularly interested in the segments from the Broadway/musical/dance world which opened the second half, so I focused 90% on Williams instead of the big screen. But fun to see his own arrangement of “The Varsity Drag” in concert (which he did in the 50s). I never expected that.

After the concert, we waited for like an hour outside the stage door again, with an incredibly large crowd. My hope of getting a personal photograph with the man quickly faded, especially after the stage manager came out to say that he was feeling a bit under the weather and would just be rushed to the car. And rushed he was – he barely had the time to wave to the crowd, as the security guards practically pushed him into the car and off he went. 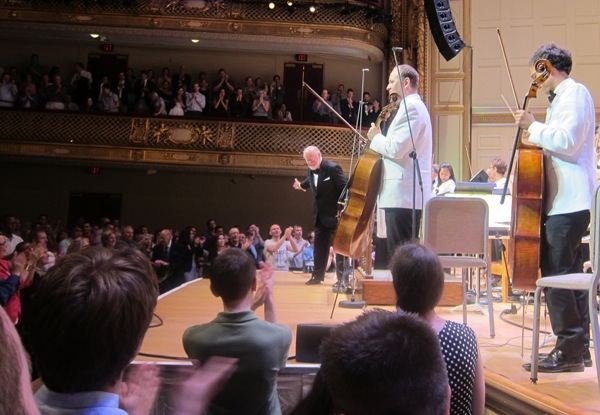 ← ‘One Night Only: Spielberg and Williams at the DSO’
Report: John Williams’ ‘Music for Brass’ (World Premiere) →