John Williams spoke briefly about his 50th nomination for the Academy Awards at the Society of Composers & Lyricists’ annual reception honoring the Oscar nominees for Best Score and Song, which was held Saturday 27 at Cafe La Boheme in West Hollywood.

Each nominee was called to a podium by SCL president Ashley Irwin, presented with a conductor’s baton, and invited to say a few words. Williams, 84, drew laughs when he noted that he “especially wanted to congratulate a gentleman who has been such an inspiration to all of us younger composers,” calling out the 87-year old Morricone. The two maestros enjoyed a convivial conversation, with the aid of Morricone’s interpreter, on the restaurant’s patio before the presentations began.

Williams’ The Force Awakens is his 50th Oscar nomination overall, a statistic that even he finds incredulous. “It’s a thrill that never wanes,” he told Billboard. “I feel so happy that my colleagues think enough of me to continue to put up with me.” 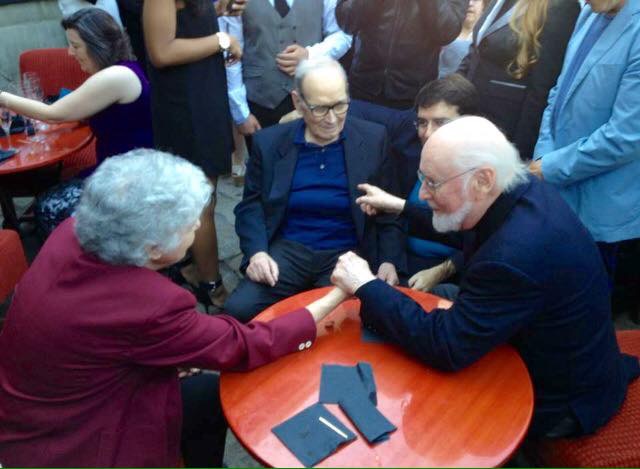 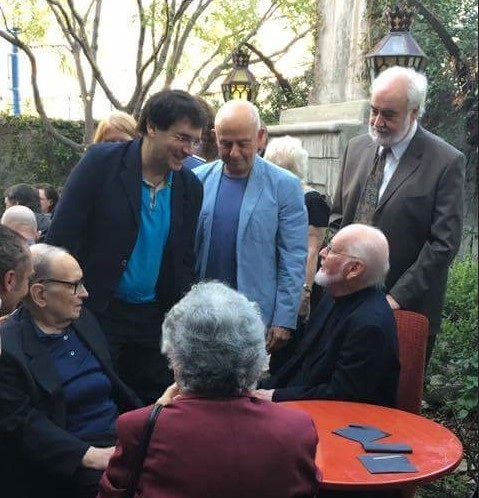