If Williams had composed Lord of the Rings scores...

If John Williams had done LOTR, he would have seven Oscars. Maybe eight if he had to write that song. 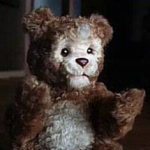 I agree with Newman, but I'd still be curious as to what Williams would have done with LOTR. But, that's all water under the bridge, and everything turned out out for the best.

I think A.I. is Williams' best score of the 21st century and I would trade it for nothing!