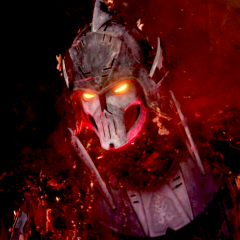 So, both endings are in the written score of 4M36. The film/sessions leak ending is first, and the athematic OST version follows, referred to as ‘Alt Ending’:

Legend, thanks @BrotherSound!   So just an alternate ending that wasn't in the session leak, but Williams fortunately used for the OST. Have you noticed any other alternates in the sheet mus