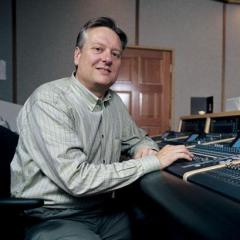 Abel Korzeniowski isn't responsible for the score since a while.