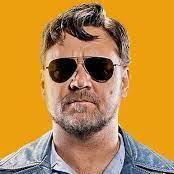 I live in Sydney and I’m signed up to an extras casting agency. Super keen to get a role in this one, missed out on Thor this year

This was pretty awesome too:

No, we got a story told through action, and acting rather then through the exposition that you so frequently complain about. A superb example of world building, far superior then Guardians Of T