The Music In The Spot 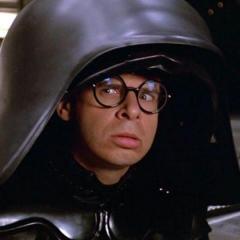 Williams is playing here with Vader's theme...he is using only a little part of the melody and chords. We know that Vader has a special rôle in this movie, a shadow of the past...the darker part fits

While I still think the snippet is Williams, it is a very odd choice to debut his new work in a commercial--and not even in the first commercial. I guess we will have to wait a month to sort this stu