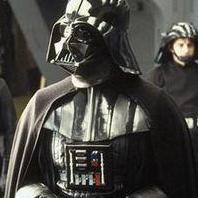 Amazon just updated the album cover! It isn't good news, folks... http://www.amazon.com/Star-Wars-The-Force-Awakens/dp/B014V6JIQK When do we start to panic?!

I don't particularly care about the Cellar music but if it means that the "Operatic Cantilena" described in the article exists, then The cool thing about that description probably being real is how

fuck this Everything is officially ruined for me. TFA, Christmas, everything...