Tintin is an awesome score, its surprising to me still that so many here don't like it.

It's interesting to find influences in Williams' scores (that's why I like to linger around the "Williams's Most Plagiaristic Cues" thread), but to automatically say that that is a negative thi 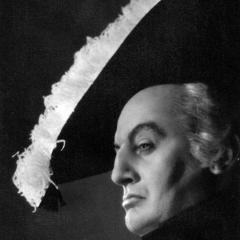 The Force Awakens is an outstanding score. Integrated, consistent and engaging, it surpassed any expectation I had, and I safely consider it equal to the high level music in the Star Wars serie