Will we ever get Hobbit Complete Recordings?

By bollemanneke,
August 23, 2016 in Tolkien Central 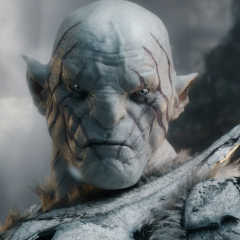 The reasons I can see for the Hobbit Complete Recordings to exist: The 2 hours of unreleased music that Jim mentions The opportunity for expanded liner notes (without having to avoid spoi

Lol   If bolleman's "critique" of Tolkien is a reflection of the future generations' state of literacy, I weep for the world.

The falcon flies at midnight ...