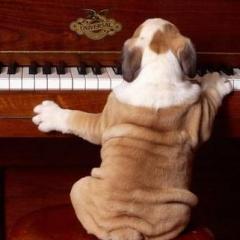 Hello everyone, I wanted to show you and share the covers I made:   For "A Premiere with Yo-Yo Ma" complete concert:     For "Highwood's Ghost" only:

For those of you who missed it, here it is: https://youtu.be/S2E-PHhxtYg    Listen quick, I'll be taking this down in a day or so, unless YouTube beats me to it, as they've done quite quickl

I came to film music from classical so the opposite of you.  What is your take on the Japanese composer, Takemitsu or Philip Glass?  These are composers whose film and concert music are indistinguisha