Every JWFan should listen to this today!  Martin is such a beautiful performer, his trumpet tone and character is unrivaled. 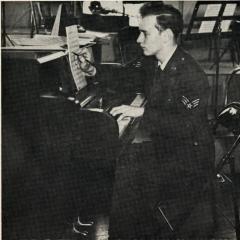 "This Junkin" is one of the most highly respected conductors in the country, in both wind band and orchestral circles; the fact that you don't know his name says a lot more about you than it does abou