Ludwig got a fucking standing ovation.    Probably because the audience thought that a POC had won and was going to come on to the stage. But instead turned up this pretty white guy. 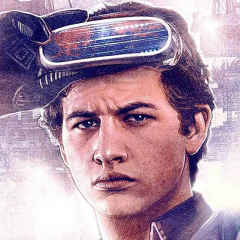 First Man wasn't even nominated? Seriously?   Such a shame, I thought Hurwitz's work for the film was one of the better scores of 2018.

Great choice!  One of the best winners of recent years I'd say.