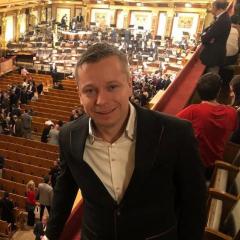 I did see Williams from far after the rehearsals today! I was close to his car and had a talk with the security. They moved the car so I couldn’t come close. Then he came out and stept in the car. I w