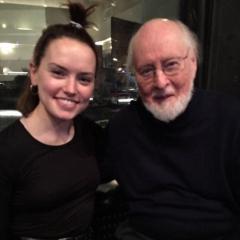 And someone tried to pass off the music from Rogue One as Star Wars music.

Actually Herb Spencer is writing all these new Star Wars scores.... FROM HELL

It's not JW music. I hope any member of this forum could listen to this "leak" and immediately arrive at the same conclusion.