Let's celebrate another cue from TROS -- "The Old Death Star" (or 5m10, "Landing At?")!   What strikes me most about this cue is how dense it is leitmotivically. It reminds me of certain cue

On of my favourite bits in the score is the rhythmic ostinato that starts ca. 2:23. Reminds me of this: 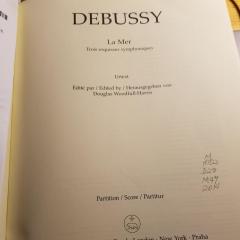 I think my favorite bit of the cue is the exposed woodwind and horn writing where Williams intertwines the themes for Rey and the Resistance. It's a terrifically effective use of two themes I don't th