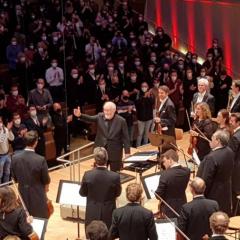 OK so here are some more of my thoughts on this broadcast.   The opening credits sequence is hilarious.  It begins with an extreme closeup of John Williams conducting directly into the camer