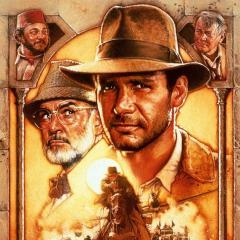 Deserves its own thread. Thanks to @Pawel P. for the news   https://www.berliner-philharmoniker.de/en/concerts/calendar/details/53181/   First the award, then the word about

Um…ok.   Why didn’t he just bring along a sax player and do ‘Escapades’? That’s a much more impressive showcase for a solo percussionist than this.   I do hope JW will get around to a