Godzilla's Musicverse [from Showa to Monsterverse and beyond] 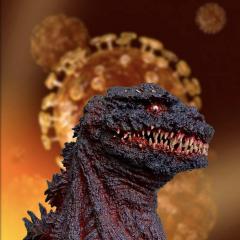 I'm not familiar with most of the Godzilla movies and even less of the scores, but I like David Arnold's Godzilla score!

Given what has constituted as popular EDM these past couple of years, I unfortunately can't discredit this particular idea. Especially given Junkie was a bit of a known name in the electronic scene in