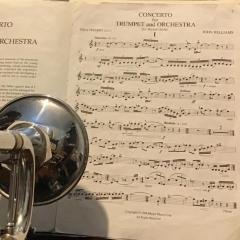 This score is fantastic and really deserves more love.  I think it forms a sort of quasi sci-fi/fantasy trilogy in Horner's early oeuvre which includes Star Trek II: The Wrath of Khan, Krull, and Will

According to Neumation music FB post, preorder for their Krull full orchestral score will be starting next week.  A lot of interesting things coming out these days.

Yes, and I own them too.  What I'm referring to is on some cues, the horns are close mic'ed with lots of reverb added which does not make them sound far but close with a long reverb tail.  We know the