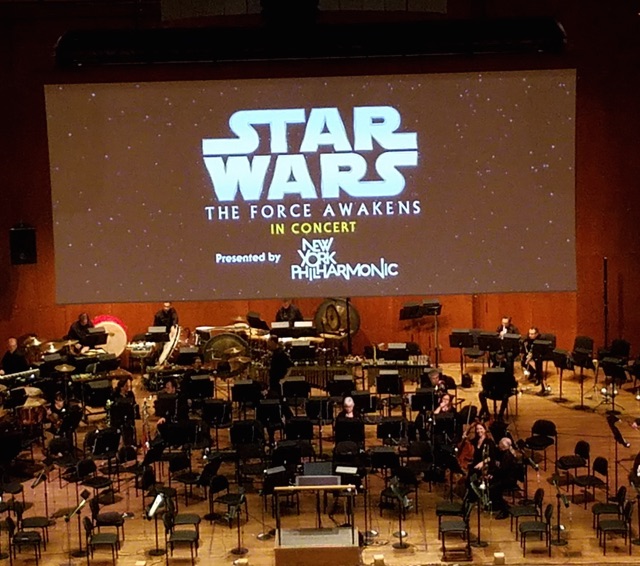 Interestingly, the music sounded much louder than the film this time around.  The orchestra was clearly the dominant force (no pun intended) for this one, while the original trilogy definitely felt like a pretty even balance.  Definitely not a complaint – after all, the whole point was the live music.  I also saw TFA ten times in theaters as an adult, while I was a kid when the prequels and special editions came out, so I definitely felt more… connected?… to the film than the others.  That’s not to say it’s my favorite, that’s absolutely ESB, but I do think TFA has much fresher and formed memories for me than the other films, between the months of pre-release hype and the experiences around seeing the film itself so many times in so many different settings.  I don’t know if that makes any sense – I certainly have extraordinarily strong connections and fond memories of the saga as a whole, but TFA was really the first Star Wars film I got to experience as a grown, independent adult here in NYC when it came out two years ago.

← Reviews: ‘Return of the Jedi’ Live to Projection
Williams Honored by Boston College →