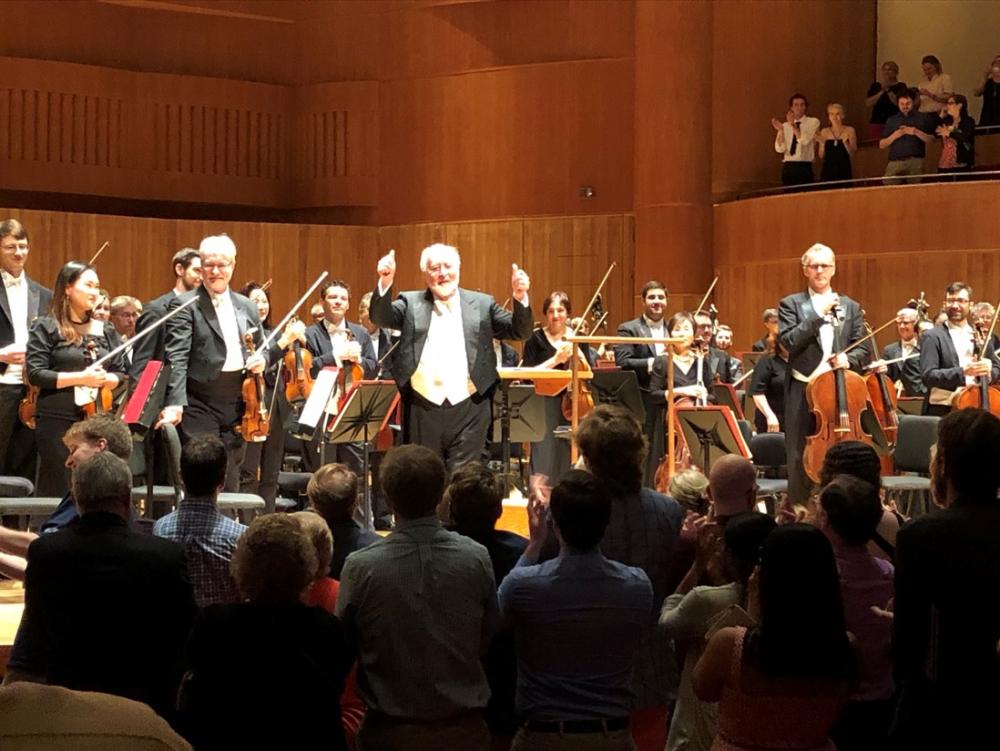 WOW!  What a concert!!!  That’s my wife and me in the middle with the blue shirt, behind the really tall guy (who kept accidentally blocking my view of JW….)—- Johnny is looking right at me.  Awesome picture and amazing night.  The highlights for me were Memoirs of a Geisha, Adventures on Earth, and Han Solo & the Princess.

JW hilariously had a slipup and started to call the Baltimore Symphony Orchestra the Boston Symphony Orchestra —- the crowd let him have it, and he then followed up with a comment about how he will have a really tough time returning to Boston after throwing the opening pitch at the Baltimore Orioles game.  Half the fun of attending a JW concert is getting these fun stories in between brilliant performances

I went to the concert too! Absolutely loved Adventures of Han (when am I ever going to hear that live again? Probably never)!! E.T. and Shark Cage Fugue were also incredible! I loved that we got Williams pieces from all three of the new movies he’s done. And the Throne Room . . . incredible. I loved that they used the Revenge of the Sith end credits Throne Room suite; that’s always been my favorite end credits suite of all time. I actually teared up during those moving renditions of the B section of the Throne Room; it was so emotional and well-played. Agggh! Why can’t he do five more of these performances in Baltimore before he leaves? I need to attend more film music concerts.

I had a great time at the concert last night! This was my second time seeing Williams live (the first being Lexington, Kentucky, in February 2014), and he was just as lively and exciting now as he was then. I’m so glad I was able to attend!

I was sad that they didn’t play “Scherzo for Motorcycle and Orchestra,” but I loved getting to hear “The Adventures of Han” and the new “Han Solo and the Princess” arrangement live. Such wonderful pieces! 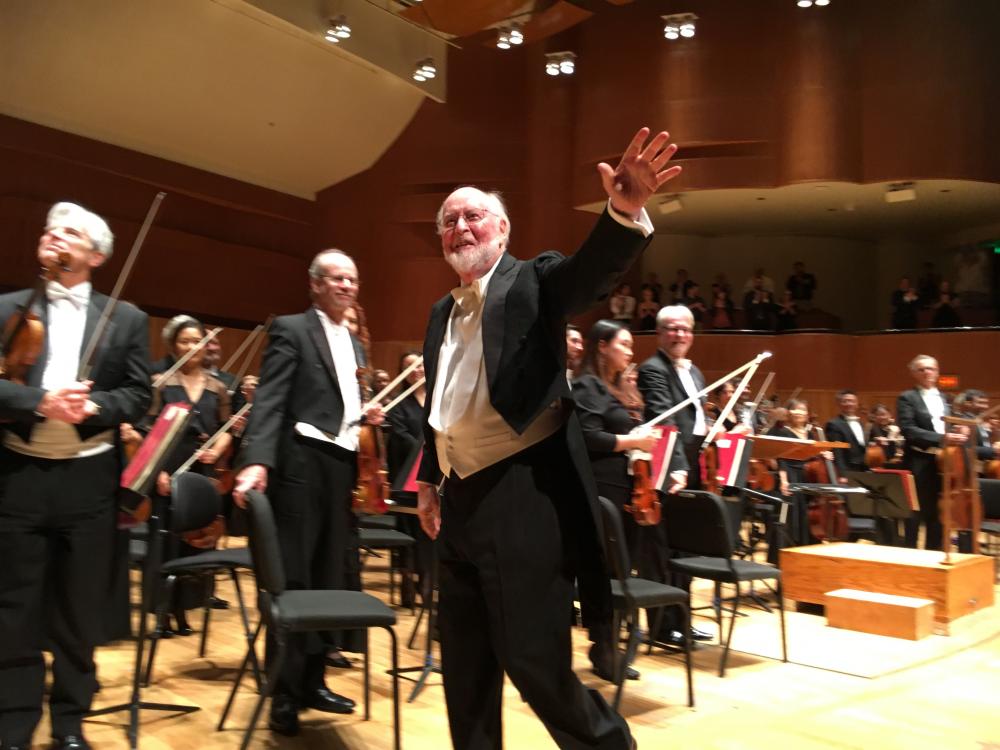 Sandwiched between musical idols! John Williams conducting his own music with the @BaltSymphony and sharing the stage with @marinalsop and @jmothecellist was nothing short of revelatory. Overflowing with inspiration—time to hit the scores!💡 pic.twitter.com/SnrkGV5mhe