The concerts are being recorded live for release “in a month or two” on the Deutsche Grammophon label, according to the LA Times review of the concert. This will be the first official release of ‘Adagio for Strings from The Force Awakens‘, a new concert arrangement premiered last year by John Williams.

This concert was absolutely wonderful.  Flawless performance.  LA Phil recorded it for commercial release I believe.  The announcer said “silence the phones and don’t applaud till music is finished because it is being recorded for a future release”.  I would expect if it was for the radio they would have said for future broadcast.   Regardless, the was so good – the concert hall has excellent acoustics for this type of detailed music.  It was a little distracting watching Johnny listen to his own music but the whole sold out audience seemed to envelop him with love and admiration.  Dudamel would frequently bow to him during the performance and everyone enjoyed watching the nonverbal exchange of joy, passion, and musicianship. The sororities were so refined and richly detailed, bombastic and intense when needing to be.

It was a long concert – ending around 10:30pm with several video clips.  I especially enjoyed during the Throne Room, they played scenes from the 8 star wars films including scoring session photos from all of them.

Williams and Dudamel on January 24: 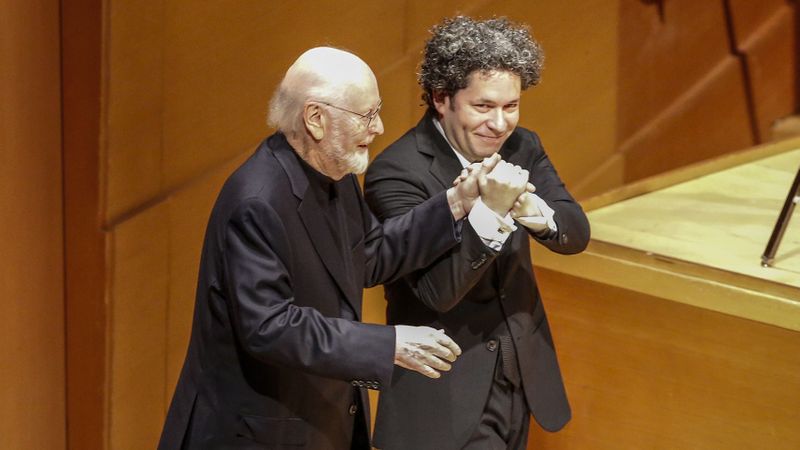 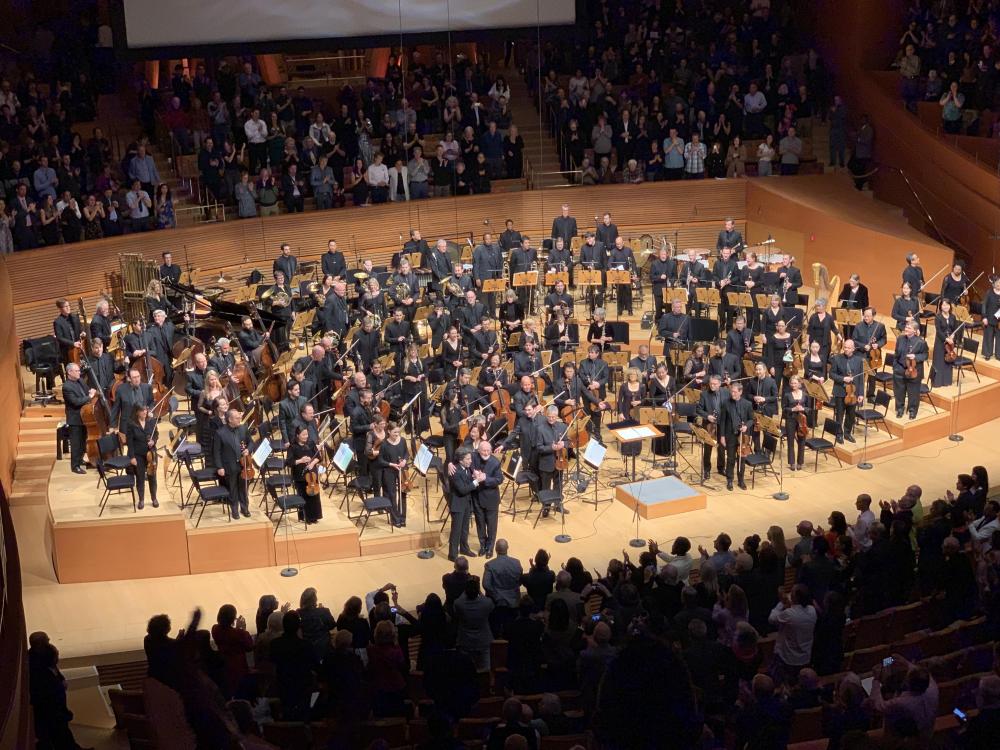