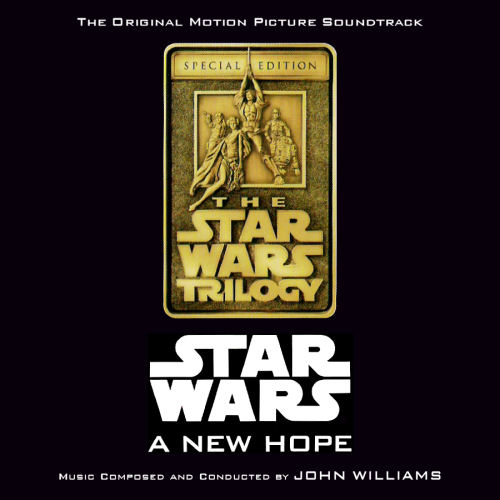 Clearly no one could argue that the score from Star Wars is the most popular score of our generation, and many may wonder what our lives would be like if this score, or this film for that matter, had not been produced. Thankfully, our culture does not have to live in that alternate reality, as we now have this film, and its two successors, as a landmark achievement in the filmmaking business.

Besides being the highest-selling non-pop record in history, there are at least two reasons why this score won countless awards, the highest no doubt being the Academy Award for Best Score. For one, it is a score that pays homage to the great composers from the humble beginnings of classical music in the modern era. Also, it is most likely the only score produced that could have been composed outside of the film and still have its smashing effect.

Read any other review of the Star Wars score and you will notice references to Wagner, Holst, and Scherzo, to name a few. These names may not ring a bell to the untrained ear, but nonetheless they are undoubtedly the inspiration for this score and the following sequels. Listen to the Main Theme and the underscore as the Empire takes over Princess Leia’s ship; it is plainly obvious that this is an homage to Holst and Wagner, two of history’s greatest classical composers. But Williams manages to give this his own voice, so you try to place its origins, with little success.

I really like the labeling “space opera” for the Star Wars trilogy, but this name is more fitting for the original. The score is so lyrical, so flowing that it soars among the stars with its characters. The main theme incorrectly is identified with our hero, Luke Skywalker, when in fact it should be applied to the galaxy and all of its ideals. When the title explodes on the screen, we immediately associate it with adventure, romanticism, heroics and a desire to be in the middle of the action, not necessarily with one particulaar character. Anyone who can put all those emotions into a two-hour score certainly gets my vote as the greatest composer of all-time.

I listen to this score on my CD player a lot, and I recently came to the conclusion that this score could have been written as a plain classical piece and still be a dynamic score. Unlike many film scores this has amazing instrumentations and orchestrations, and doesn’t seem to be written around onscreen cues or dialogue, like many action scores are prone to do. Instead it uses its themes as a bridge from one point to another, with various smaller themes to fill in some gaps. Not to say that while listening to this score you can’t identify when a particular action takes place onscreen, but the score is not necessarily written as separate cues. Rather, it is a complete work, written as many classical works are written, with a beginning, middle and end.

This score is the reason why John Williams gets his reputation as a composer of some great themes. Besides the Main Theme of course there is the gentle theme for Princess Leia, the wise and heroic Force theme, and the “take no prisoners” Rebel theme. None of these themes try to stand out alone, and it seems that they all are intertwined. Listen to them alone and you may hear the similarities. When they come together, as in the scene where Luke and Leia swing over the chasm, or when they escape from the Death Star, you hardly notice the change in themes, but they occur so seamlessly the change is minute.

To me, this is the best score ever, and whoever tries to copy it will go down with the Empire. 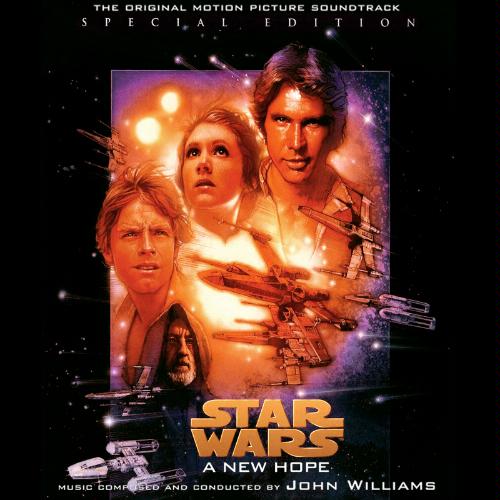