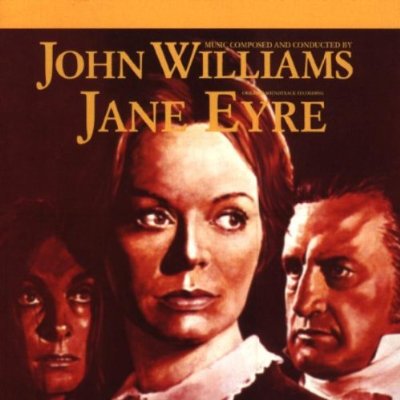 Before he redefined the full orchestral score genre that prospered from the late 1970s to the late 1980s, John Williams was more widely known as a classical pianist and composer of soft, romantic scores. One of his greatest accomplishments was 1970’s Jane Eyre, one of the few television movies for which Williams would compose a score.

Much of this music does not rely heavily on thematic material, though the score claims to be based on three or four main themes. The one which is used most throughout the film is the sweeping love theme. It is introduced in the main title, but gets its most memorable treatment when Jane Eyre and Rochester first meet. Played on guitar, recorder and viola, this theme is a tribute to British music, full of yearning through restraint. Other themes used in the film are the brooding Lowood theme, a very quiet and ominous piece, and the St. John’s theme, played on plucked strings and cellos.

The score to Jane Eyre bucks all contradictions in that it sets a tone for a very mournful romance, which by all means could be very difficult to score. But Williams’ score hides in the shadows of Jane’s taunted life and her eventual demise. This score, while not as memorable as the scores Williams would go on to compose, stands out because of its variety (a wonderful scherzo and string quartet pieces break the moodiness of this score) and its subtleness. Very rarely does Williams try to magnify the movie with the score; he only tries to give it more light. A score that many Williams fans should treasure.