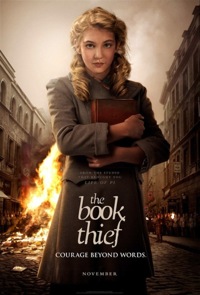 German director Thor Freudenthal, who apparently is attending the scoring sessions for The Book Thief, revealed today on his Twitter account that the Maestro is currently recording the film’s score at Fox Studios:

At Fox watching John Williams conduct the score for The Book Thief #wow!

Pretty crazy imagining everyone at @BookThiefMovie seeing John Williams conduct the score this week for #TheBookThief. It’s poetic just seeing that scene in my head. Good luck to all of you; you’re doing it with the right heart, and I’m grateful more than I can say. You’re killing me (in the best way possible). mz

The Book Thief will be screened at several festivals in the US from October 3, before its general release on November 15.