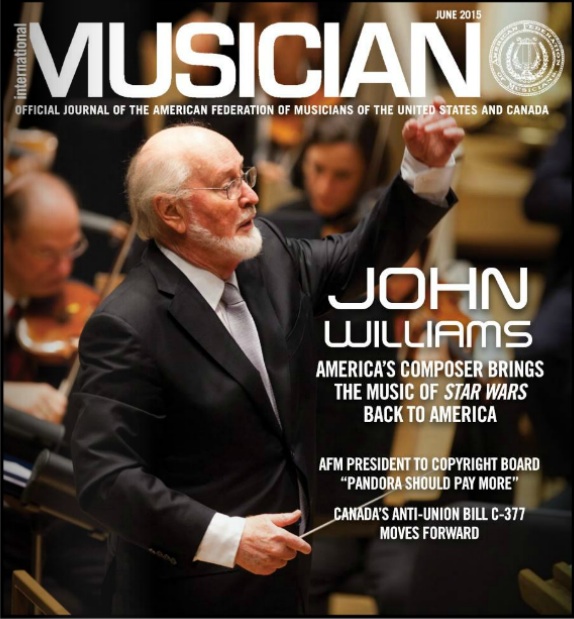 “With the film’s premiere still months away, recording sessions for The Force Awakens are just getting started, with the initial sessions slated for the first week of June. Williams tackled earlier recordings for both trailers, with the second trailer being released several weeks ago to add to the mounting excitement around Star Wars VII. Williams says sessions will continue through August, possibly into September. “Then it’s back and forth with editing,” he says. The music will be recorded over several months while working in tandem with the film’s editorial and special effects teams on the West Coast. “At the moment I’m working on composing the music, which I started at the beginning of the year. I’ve been through most of the film reels, working on a daily basis.” – Full interview at International Musician. — (print version)