At this point, it's better to simply download one of the edits available on the darkest corners of the world wide web (lots of great listenable ones out there, some with all the cues separated, leavin

Just release all three trilogies' scores, complete and in great sound quality, in a colossal 20-disc set. I would hit the Buy button so fast it would compromise the structural integrity of my mouse (a 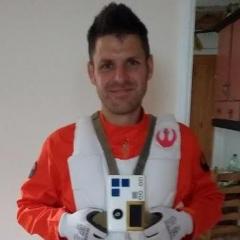 I have taken Panaka and the Queen's Protectors, edited out the break in the action (a real lull in tempo) at around three-quarters mark, then put onto the end Fighting the Guards and Escape from Naboo