Are There Any Scores That You Hate? 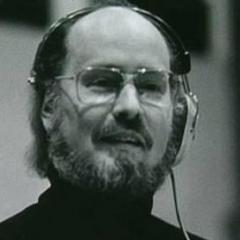 By cordax,
September 12, 2018 in General Discussion

Storm the gates! We must lower TGP's defenses:    Hans Zimmer sucks! It takes 8 of his ghostwriters to come up with generic RCP crap! All music that is not orchestral and modelled after a pa

I don't waste time on hating scores or music in general. If something doesn't strike my fancy, I just don't listen to it.